A square talk on Anna.

Didn't know what to expect when I saw this cover, but I sure grabbed it quickly! :) 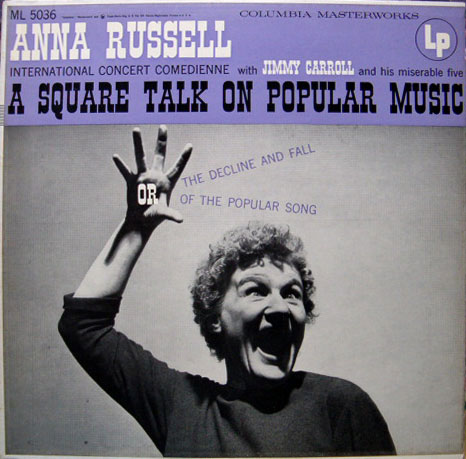 Turns out she's a music critic. Maybe that's why she looks perturbed/crazy. ;) She's also a singer and comedienne. Possibly other thing as well. 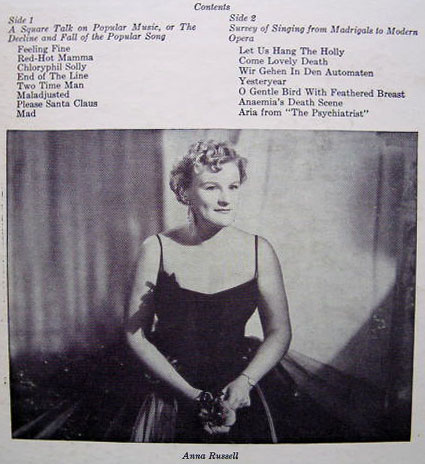 Well, she looks quite nice and pleasant on the back! Maybe she wasn't critiquing music at the moment. Heh. She reminds me of a friend of mine here, though dressed much more fancily.

I love when they sell needles. 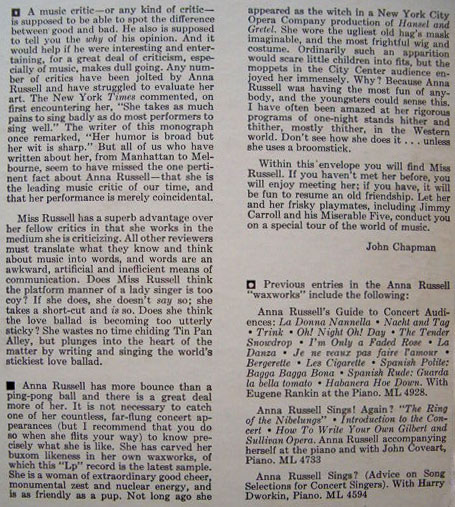 Some square talk on Anna!

Here she speaks about how to become a singer:

"What you need is a gloooorious voice. Period." :D

This album is still real to me! *crying* 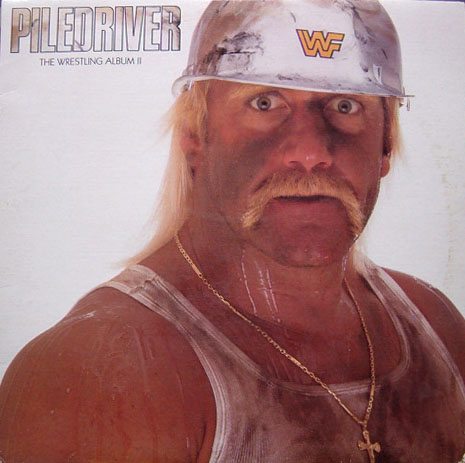 Hulk really did work for the WWF back then. Get it? Worked? Because of the hard hat...oh, nevermind! 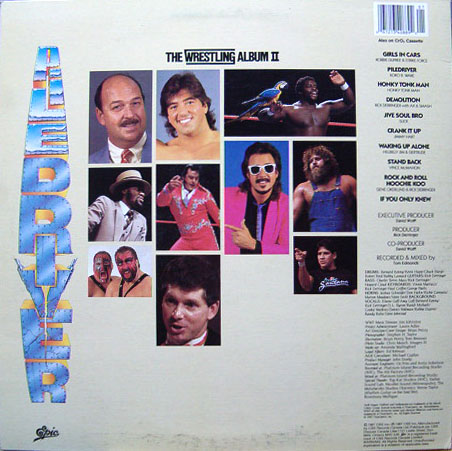 Some real classics on this one. (no Hogan, though, oddly enough!) Well, depends on your definition of classic. Definitely fun! 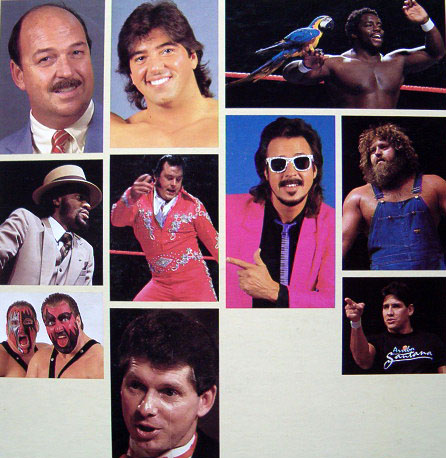 I am happy to say that, unlike with some other collages of various wrestlers, ALL of these men are still alive and well! :)

Here's Vince's song "Stand Back" (which he has graciously allowed himself to be made fun of for, not burying it in the past like some would):

Well, that's partly because he plays the organ, I must admit. 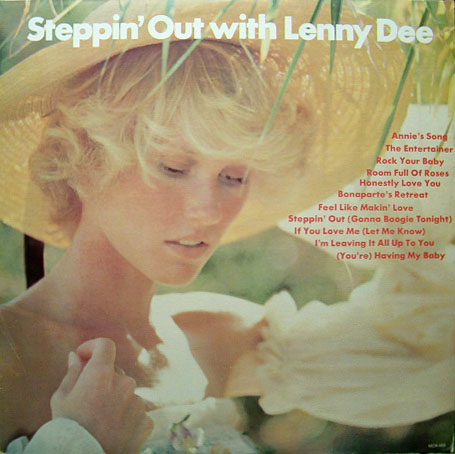 They decided to put a fresh-faced cutey on the cover rather than Lenny himself. Let's see him... 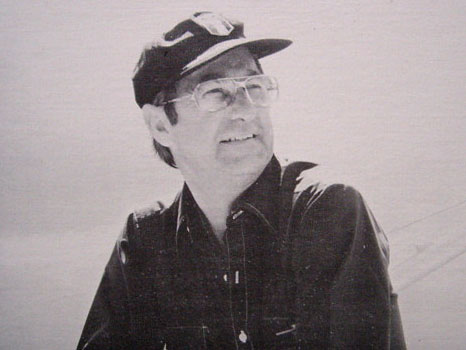 Again, I'll let you decide if they made the right choice. ;) 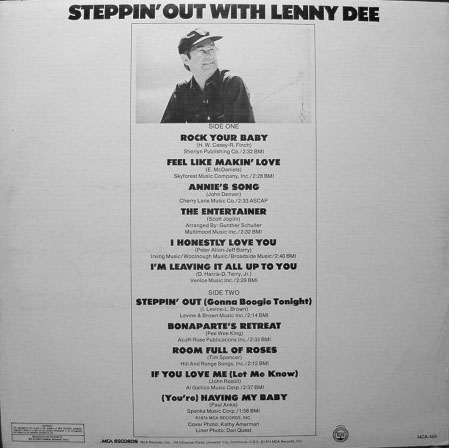 Some of those song titles are rather saxy, if you will.

More info on Lenny here.
Posted by Ripplin at 6:53 PM No comments: Links to this post 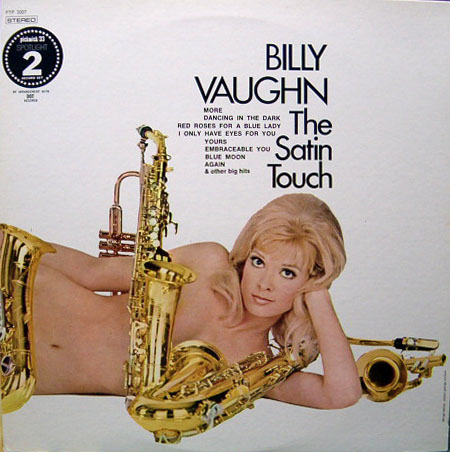 Well, that's certainly an eye-catcher of a cover! 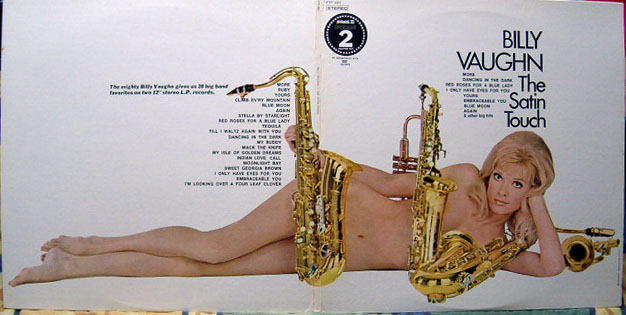 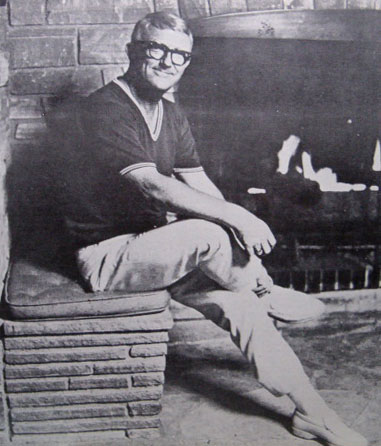 I guess they thought that lovely lass would sell more records than having Billy on the cover. You be the judge. 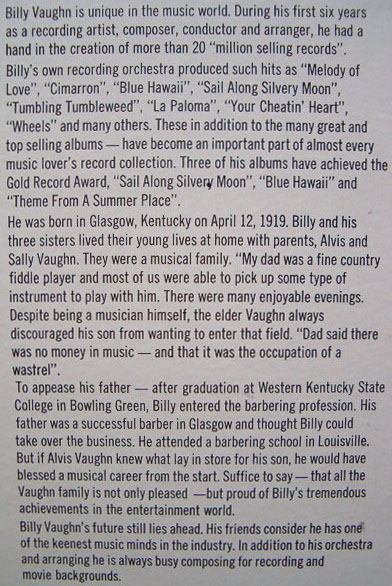 Some info on Billy. More info here.
Posted by Ripplin at 5:41 PM No comments: Links to this post

The Dried Up West Coast Grapes!

Or, more specifically, the 80s phenoms, The California Raisins! 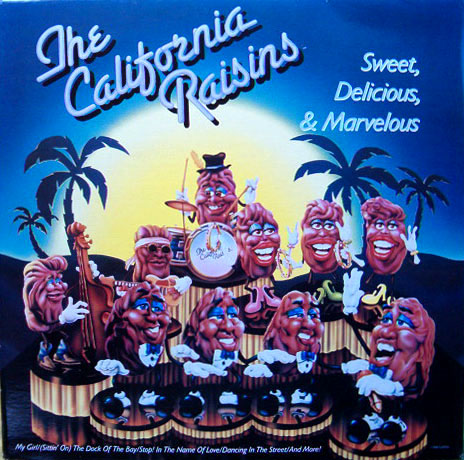 Great looking cover! I had several Raisins figurines back in the proverbial day. Sold them at a yard sale, probably. I still see them at thrift stores from time to time. 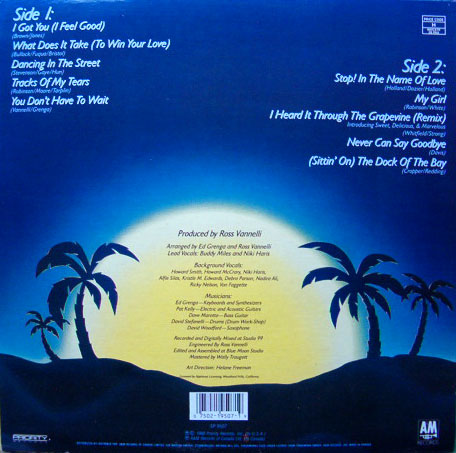 Simple, classy back cover and a nice tracklist. The interesting this is, unless you knew the sbject matter, you might just think this was any other soul/R&B cover album. They sang the tunes as-is, not adding cheesy raisin-related material into the songs. :) 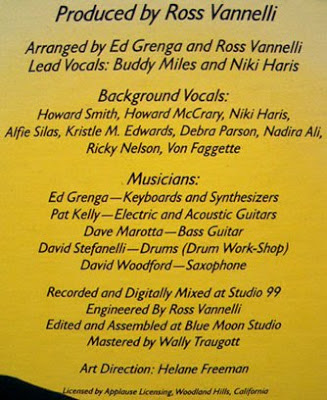 Wait, I get a feeling that these are not real singing, dancing raisins...

Anyway, here they are performing "I Heard it Through the Grapevine", Michael Jackson style:

^Wait, is that redundant? 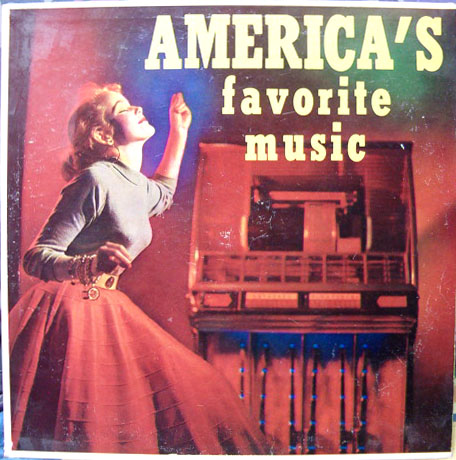 Nondescript yet vibrant cover that definitely caught my eye. She needs a dance partner! 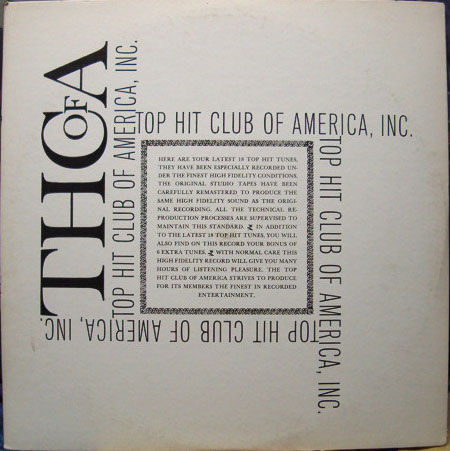 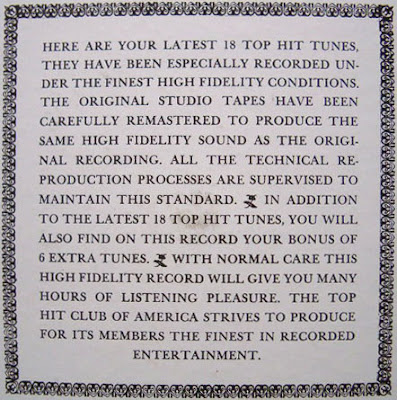 Something to look forward to, especially being surprised by what was on the record. It's like the mixtape from a friend of generations past. :) 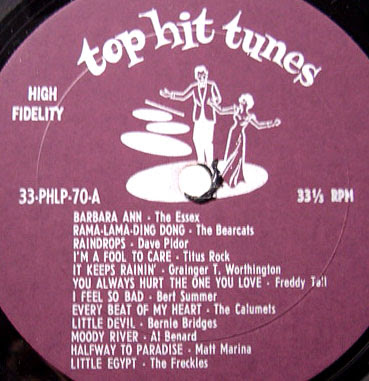 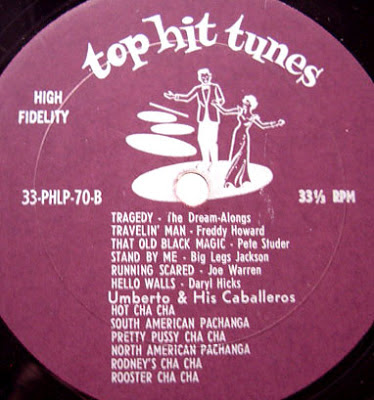 Nice tracklists. If only America's current favorite music was more like this. I've posted about the Pachanga before (here) and I dare say the cover for that one was fairly popular. ;)

Couldn't find much of anything about the Top Hit Club of America other than a thread at a forum. Worth a look! (here)
Posted by Ripplin at 8:04 PM No comments: Links to this post 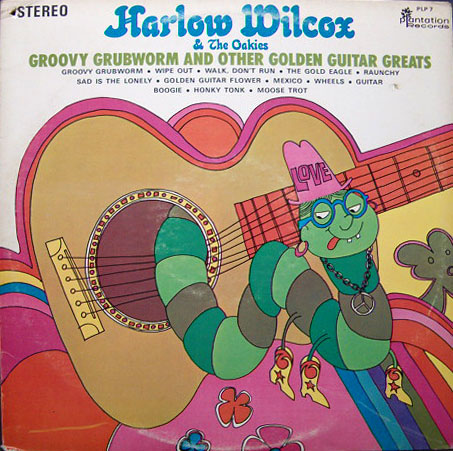 Fun cover and quite a nice track selection! :) According to wiki's Harlow Wilcox entry, ""Groovy Grubworm" has sold over a million copies and was nominated for a Grammy in 1969." Impressive! 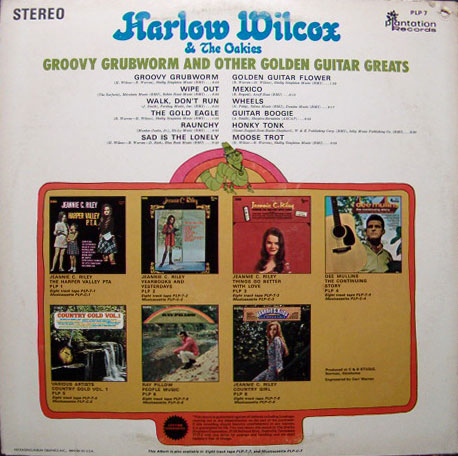 A shame the back cover isn't as fun as the front.


I'd never heard of Plantation Records before this, but it really seems to be a case of a small company that made some big waves in the industry before it ended. "The label is best known for the Jeannie C. Riley 45rpm single, "Harper Valley P.T.A." which was a number one pop record in 1968," which you can see on the back cover up there.

Here's a video of Harlow and the boys performing "Groovy Grubworm" live (and talking about this album a  bit too):