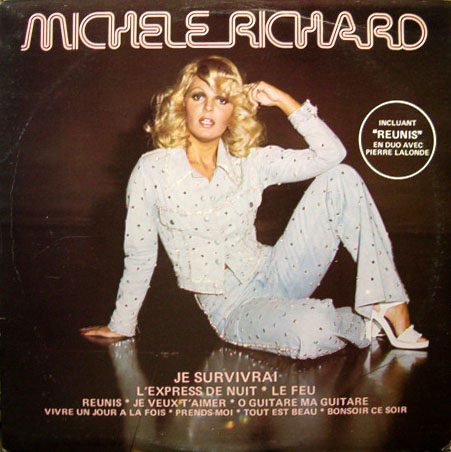 Yep, the songstress and actress covers several English disco songs in French on this one (she has also done English songs on other albums), including "Reunis" (should be Réunis), a.k.a. "Reunited", with Pierre Lalonde, who also had an impressive music career in Québec and hosted a fun game show called The Mad Dash and then The Pierre Lalonde Show immediately thereafter.

But anyway, back [cover] to Michèle! 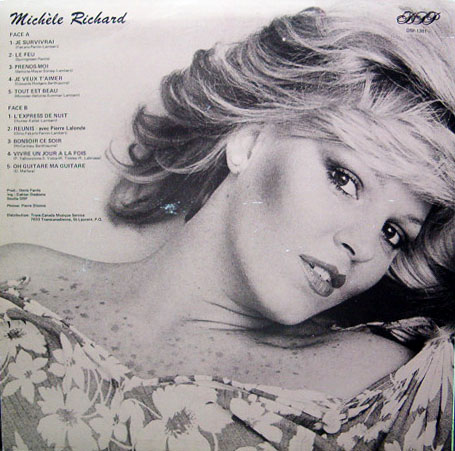 She reminds me of Madeline Kahn and maybe a bit of Bernadette Peters there. :) More info on Michèle here. (in French, but even if you don't understand it, you can still see the massive discography)

Listen to her version of "I Will Survive" ("Je Survivrai") here:

Sounds pretty decent, I must say! 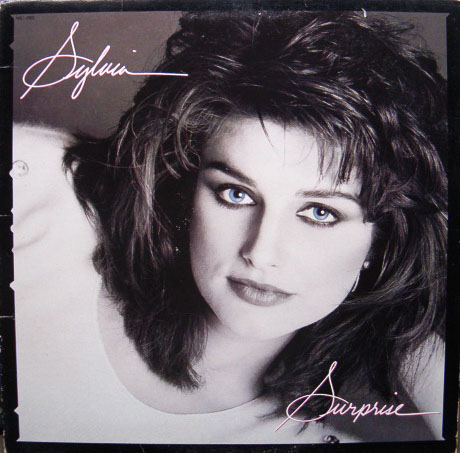 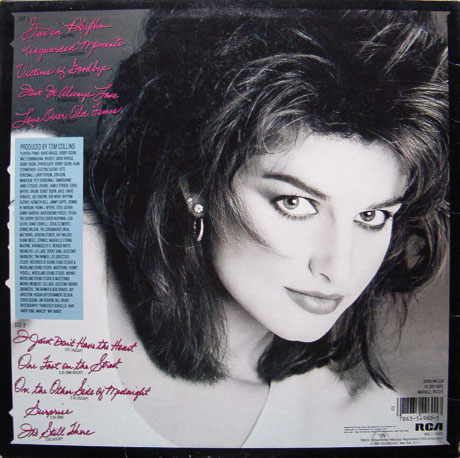 More loveliness on the back, including the album info...

I assumed by the cover that this would be a pop album, but no, we see steel guitar, mandolin, etc... Then I started looking for Sylvia's name and tucked away in the background voices section, there she is. Makes it seem like they just wanted to build a band around her good looks.

Actually, Sylvia has had quite a nice career. I still find it odd that she's only listed under background voices when it's supposed to be her album. I guess they figure that's obvious, but want us to know she also did background too. ;)

Watch her #1 country hit "Nobody" here: 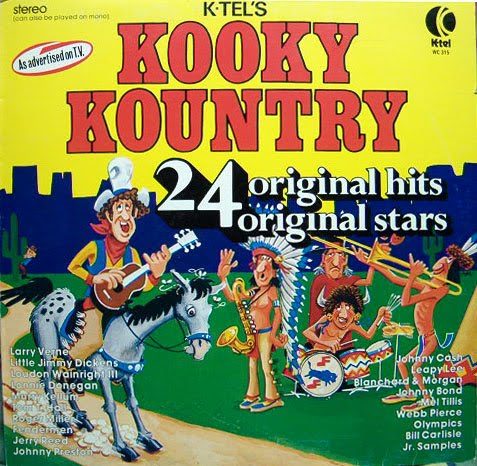 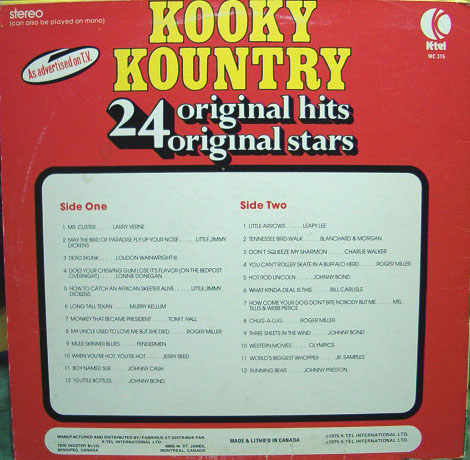 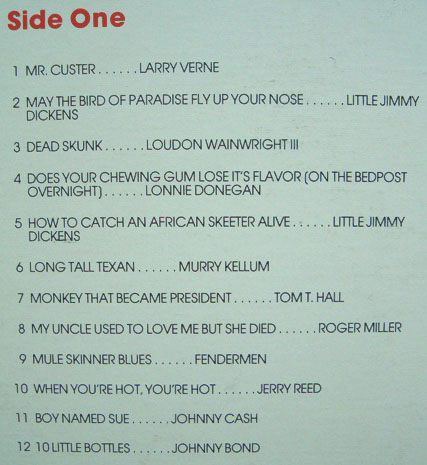 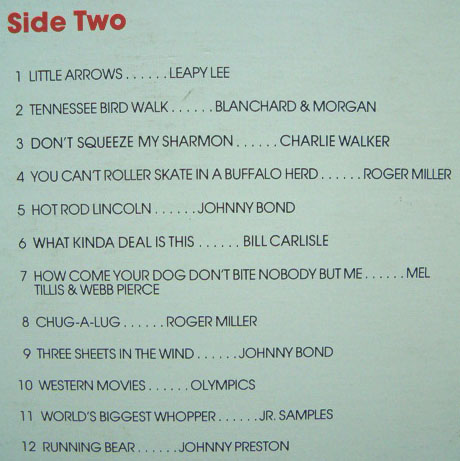 You could probably mistake this for other 'kooky kountry' compilations of the era just looking at the songs on it. I know I had many of these songs on other non-kountry albums.
Posted by Ripplin at 1:34 PM 2 comments: 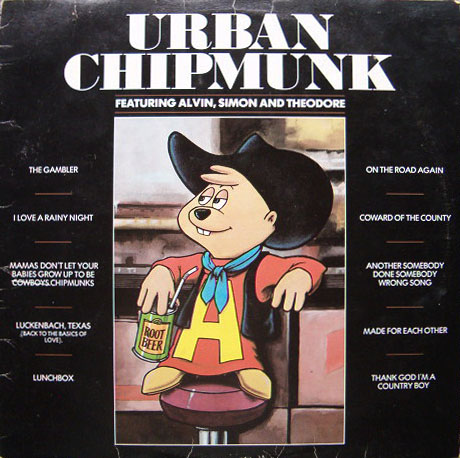 Yep, another movie/pop culture tie-in. But then, that's kinda what they were about anyway. ;) 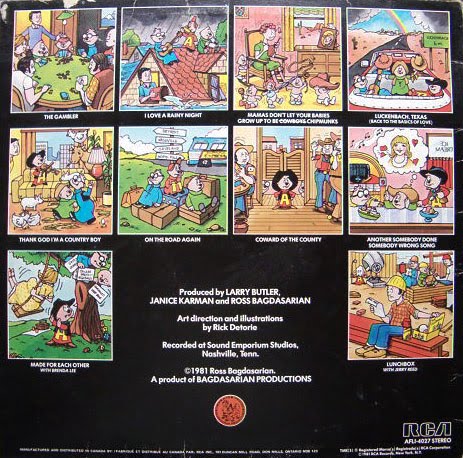 Super colorful, fun design for the back. I know the pictures below look the same size, pretty much, but click on them for a larger view. 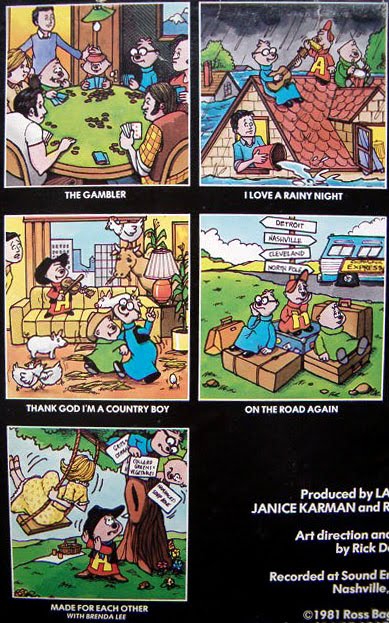 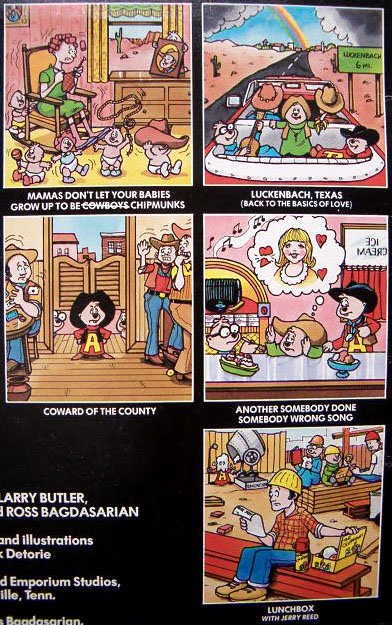 Who loves ya, baby? 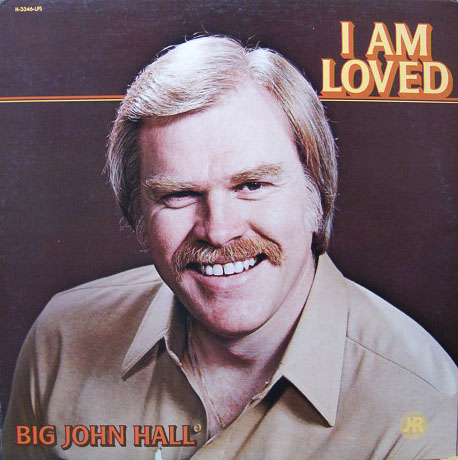 Simple, classy cover. Very 70s in color. Who is he loved by? Is he being presumptuous? Heh. 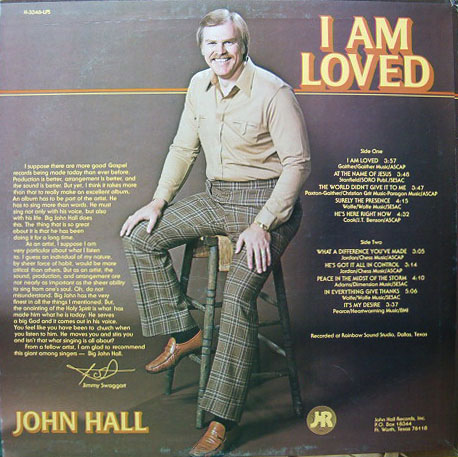 This looks like a mid-70s Sears catalog picture! Awesome! :) Again, who is he loved by? 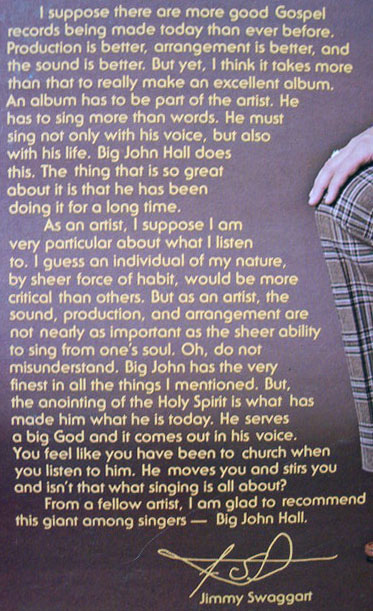 Ah, he is loved by The Swagman. Well, I hope someone else loves him too... :p

Posted by Ripplin at 3:22 PM No comments: 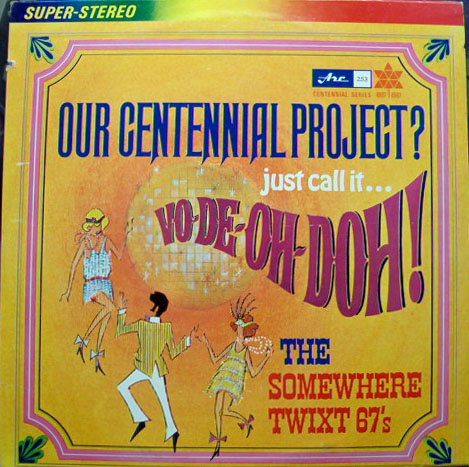 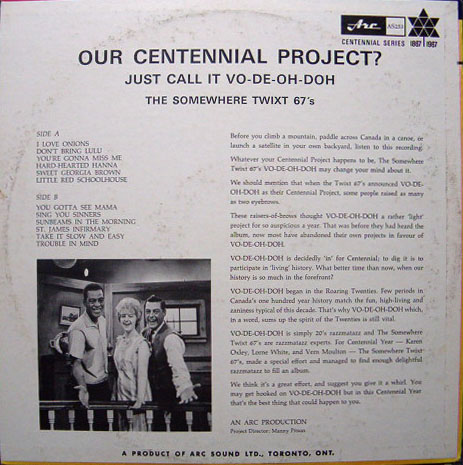 The centennial project was part of Canada's 100th anniversary celebration. Many participated in different ways. I bet there were lots of albums like this. 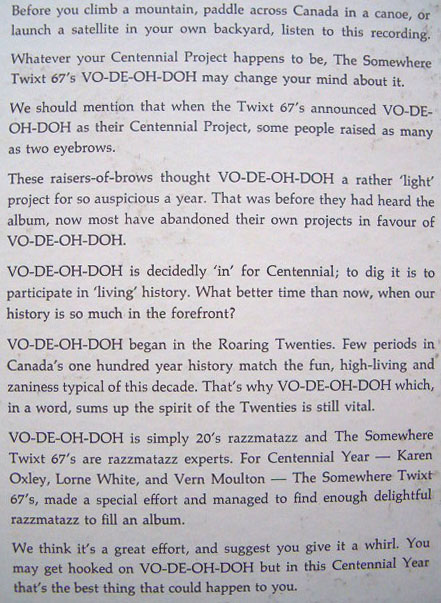 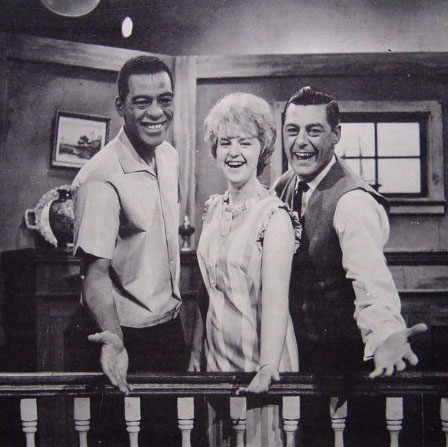 Well, other than seeing a few blank entries on discography sites and a couple of eBay listings, I found out nothing about these people. :/ Well, at least I can provide some info on Canada's centennial anniversary. 1967 in Canada was notable for Expo '67 in Montréal and Pamela Anderson being born on July 1. (Canada Day) Heh.

I was disappointed that I didn't get to go to Goodwill on Friday, but it turns out that was just fine. I went today and hit the jackpot! :o

All records, cassettes, VHS tapes and CDs were 5 for 99 cents! I checked with someone to make sure that wasn't a typo. ;) Wow, what a nice surprise that was! Lots of goodies that will be added to the blog, of course!

I'm of the opinion that religion and disco shouldn't mix (most things shouldn't mix with disco, really), but some people just couldn't help jumping on that disco train to nowhere... 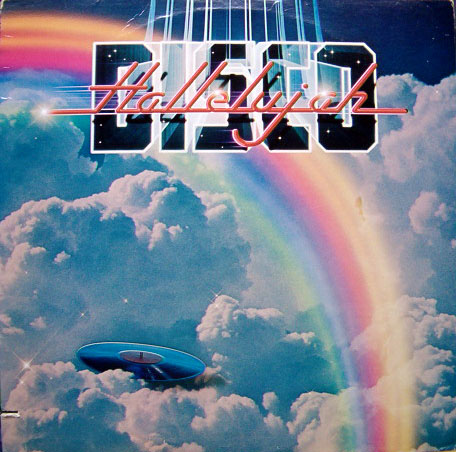 That's a massively eye-catching cover, I must admit! Is that record supposed to be a U.F.O? Cloud City? 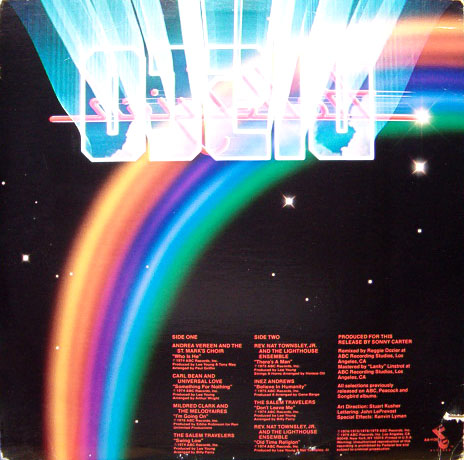 Good attention to detail on the back, though the clouds have disappeared.
Posted by Ripplin at 2:20 PM 1 comment:

Not really, but the cover is interesting... 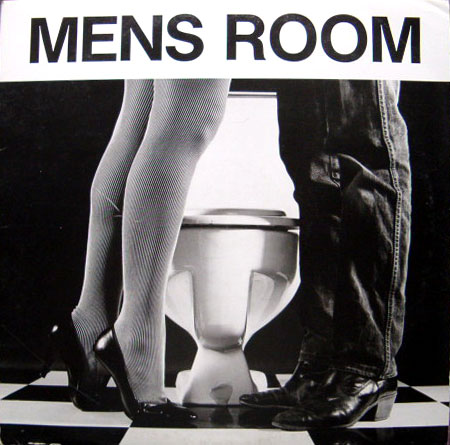 Mens as opposed to Men's. Hmm... I figured it would be some manly rock act, but no, it's women singing pop tunes, pretty much. 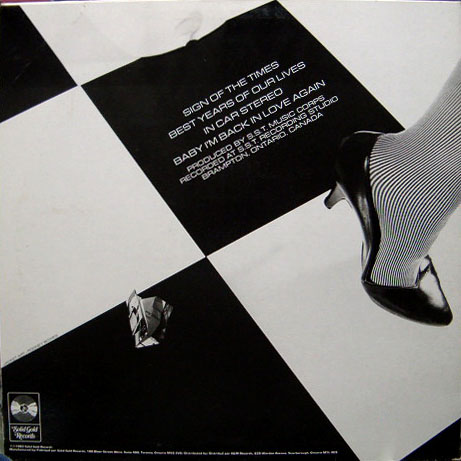 Not sure what that crumpled paper is supposed to contain.

Check out their song "Sign of the Times" here:

Apparently, it was popular for a time. I don't remember it. (not that that means anything...)
Posted by Ripplin at 2:15 PM 2 comments: 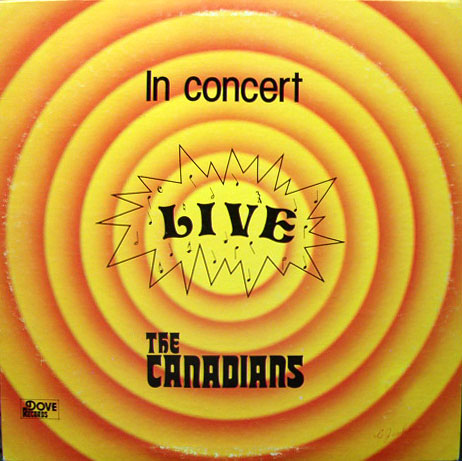 Nice eye-catching cover! Doesn't really explain much, though. (unless you know that recording company, I suppose) 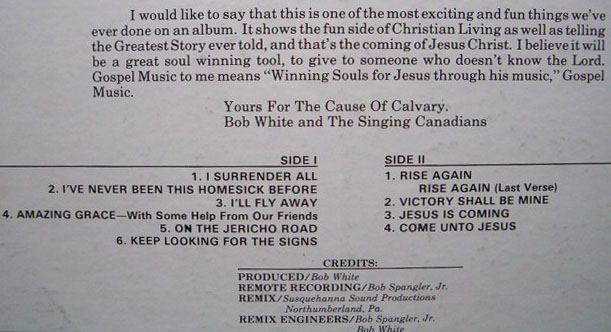 Yep, religious. Oh well, I still like the cover. ;) I used to know a guy named Bob White. He changed it from Bob LeBlanc. (he was a little [lot] weird) 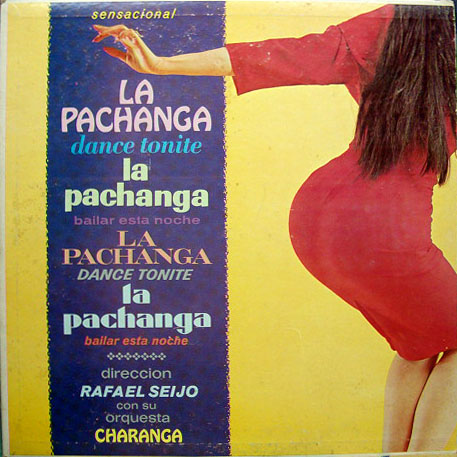 YOWZA! That thing should be classified as a lethal weapon! Put away the vases and good china before deployment! :p 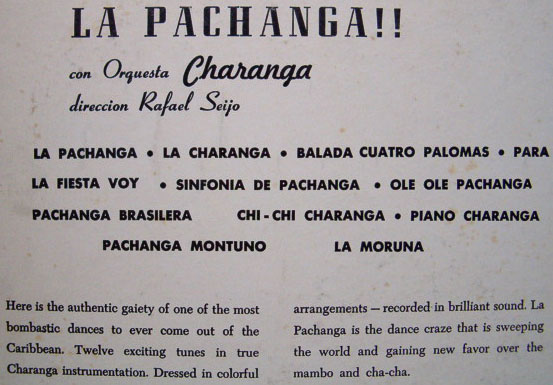 I've heard of the mambo and cha-cha, but pachanga?...not so much. 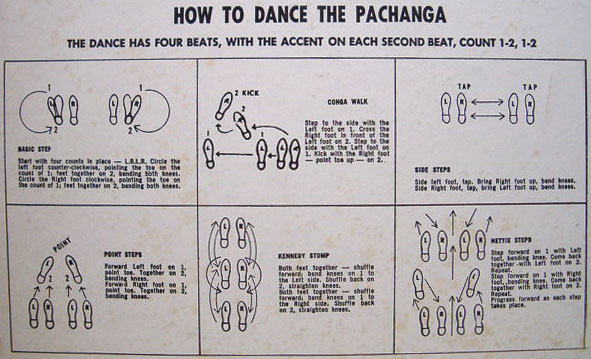 Instructions for safe booty shaking.
Posted by Ripplin at 1:24 PM No comments: